Thank you for supporting the Endowment for Advancing Asian American and Asian Diaspora Studies. Your gifts to this fund will help secure long-term, sustained support for the program in perpetuity.

In Fall 2019, the Asian American and Asian Diaspora Studies (AAADS) program celebrated the 50th anniversary of its founding at the University of California, Berkeley. With generous support from our alumni, faculty, staff, and community members, this Endowment Fund will sustain the research, teaching, and programming of the AAADS program.

In 1969, our program, along with African American, Chicano/Latino, and Native American Studies, was established within a new department of Ethnic Studies. As a result of student and community activism, hitherto neglected experiences and contributions of racial minorities began to be recognized and studied in American institutions of higher learning. Over the past fifty years, AAADS has, through teaching, scholarship, and service produced and disseminated knowledge about the histories, cultures, and communities of diverse groups such as Chinese, Filipino, Japanese, Korean, South Asian, Southeast Asian, and more recently, Muslim Americans. Degree programs have prepared numerous students to be civic and political leaders, scholars and teachers, and socially aware citizens across the nation.

AAADS is proud of its accomplishments, but much remains to be done. The Endowment for Advancing Asian American and Asian Diaspora Studies aims to build long-term, sustained support for the program in perpetuity, thus ensuring our program’s continued growth, relevance, and vibrancy for the next fifty years and beyond. 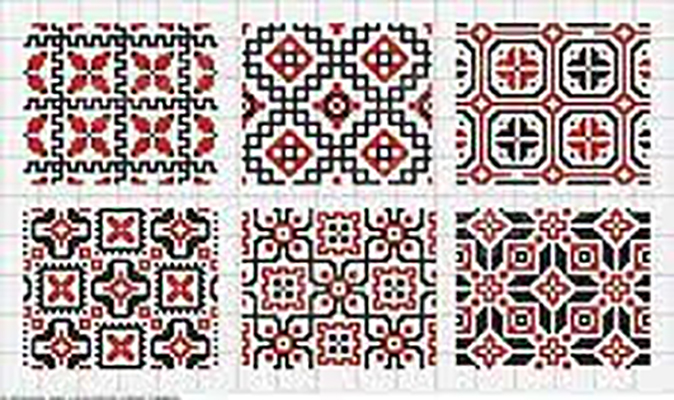 Thank you for supporting the El-Qoulaq Family Memorial Fund for Palestine Studies within the Asian American and Asian Diaspora Studies (AAADS) Program in the Department of Ethnic Studies at UC Berkeley.

The El-Qoulaq Family Memorial Fund for Palestine Studies was established in 2021 to provide support for teaching, research, and programs related to Palestine and the Palestinian diaspora.

Your support will have an important impact on this new program. It will allow us to invite visiting professors from Palestinian universities; provide support for research, teaching, and programming related to the study of historical and contemporary experiences of Palestinian ancestry groups in local, national, and global contexts; and create and build on research stipends for students involved in this research. Thank you for your generous support. 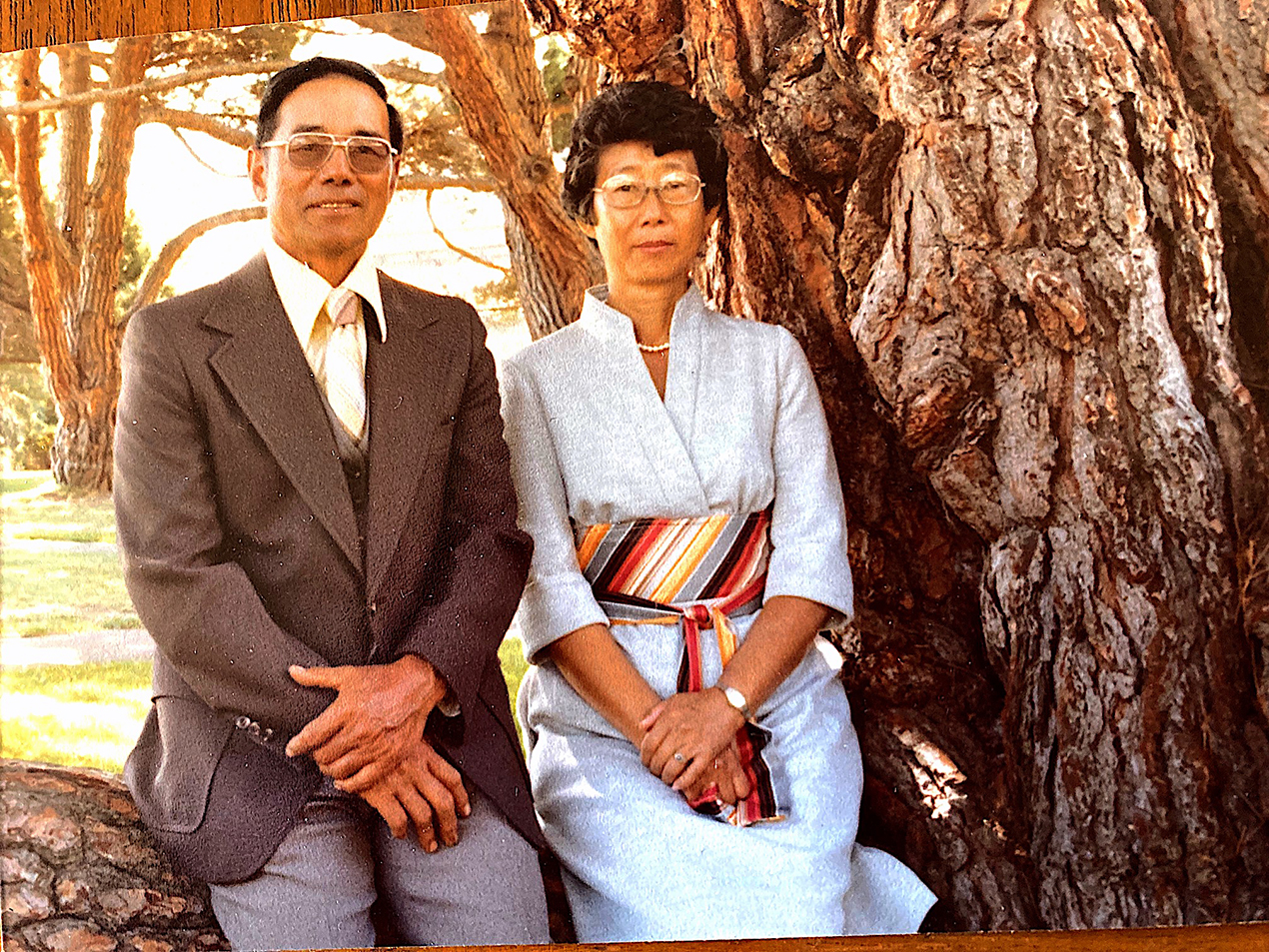 Thank you for gift to the Fred and Kimiko Kishi Family Endowment, which will provide support for Japanese American Studies for generations to come.

Fred Kishi was born and raised as a member of the Yamato Colony, a Japanese Christian farming community in the town of Livingston, Calif. Upon graduating from Livingston High School at the top of his class, he enrolled at UC Berkeley in Fall 1939 and became a member of the Cal Track Team. The eldest son of five, he had intended to pursue a degree in political science and study law until his father took ill. Soon after his return to Livingston to help care for his father and manage the family farm, Fred and his entire family were forcibly removed and unjustly imprisoned at the Merced Fair Grounds and then the Amache/Granada concentration camp as a result of Executive Order 9066.

Fred was able to leave Amache for the University of Maryland, along with 3,613 other college-aged students, thanks to the assistance of the National Japanese American Student Relocation Council. He was drafted, however, before he could graduate. Fred was serving in the Military Intelligence Service when he met and married Kimiko Umemoto. Upon his return from military services in Japan, he and Kimiko settled in Livingston, where they raised four daughters. Although Fred was not able to complete his education at Cal, he encouraged all of his daughters to attend UC Berkeley.

This endowment was created to honor Fred’s commitment to educating others about the early immigration and wartime incarceration of Japanese Americans during World War II as well as his leadership within the Japanese American and Livingston communities. 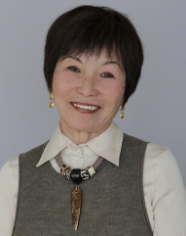 Thank you for supporting The Elaine H. Kim Korean American Studies Fund, an endowment within the Asian American and Asian Diaspora Studies (AAADS) program under the Department of Ethnic Studies. AAADS is dedicated to the interdisciplinary study of historical and contemporary experiences of Asian-ancestry groups in local, national, and global contexts. This endowment fund will be used to support research, teaching, and programming related to Korean American and Korean diaspora studies.

Professor Emerita Elaine H. Kim retired in 2015 after 44 years of dedicated service to the university. This endowment was established in her honor to support Korean American and Korean Diaspora Studies within the Asian American and Asian Diaspora Studies program. Professor Kim received her B.A. from the University of Pennsylvania, her M.A. from Columbia University, and her Ph.D. from the University of California, Berkeley. Her academic interests and research areas include Asian American cultural studies, art, literature, Korean American studies, and Asian American feminism. She is the author and editor of numerous publications. As a campus and community leader, she has served as the Assistant Dean of the College of Letters and Science, the Associate Dean in the Graduate Division, and the faculty Assistant to the Chancellor on equity for women and minority faculty. In the community, she co-founded the Korean Community Center in Oakland, Asian Women United of California, and Asian Immigrant Women advocates. Elaine Kim is the recipient of a number of prestigious awards, including the California State Assembly Award for Excellence in Education, the Global Korea Award, and two Lifetime Achievement Awards, one from the Association for Asian American Studies and the other in Asian Pacific American Heritage. This endowment honors her immense contribution to the campus, the fields of Korean and Asian American studies, and the Asian American community. 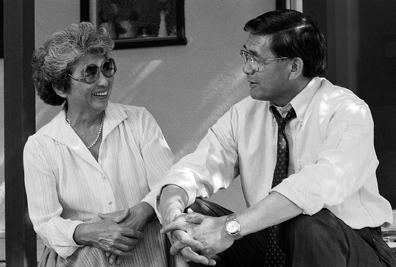 Thank you for supporting the Helen Mineta Fund for Asian American Student Development, an endowment within the Asian American and Asian Diaspora Studies Program under the Department of Ethnic Studies. AAADS is dedicated to the interdisciplinary study of historical and contemporary experiences of Asian ancestry groups in local, national, and global contexts.

This endowment was created to honor the legacy of the late Helen Mineta, whose compassionate advocacy, courageous leadership, and gentle mentorship made a profound impact on the lives of her colleagues, students, family, and friends. For more than thirty years, Mineta inspired many as both a teacher and a civil rights advocate. The Helen Mineta Fund for Asian American Student Development supports the promotion of a deeper understanding of Asian American and Pacific Islander (AAPI) issues on campus. 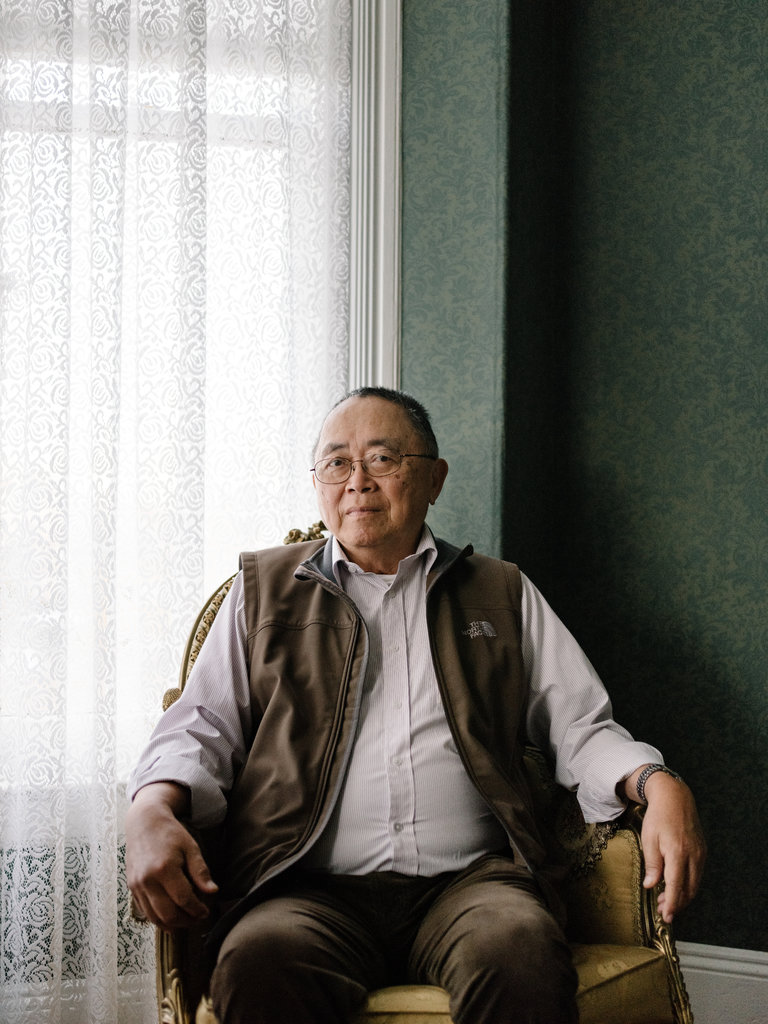 Thank you for supporting The L. Ling-Chi Wang Chinese American Studies Fund, an endowment within the Asian American and Asian Diaspora Studies program under the Department of Ethnic Studies. AAADS is dedicated to the interdisciplinary study of historical and contemporary experiences of Asian-ancestry groups in local, national, and global contexts. This fund will be used to support research, teaching, and programming related to Chinese American and Chinese diaspora studies

Professor Emeritus Ling-Chi Wang retired in 2007 after almost 40 years of dedicated service to the university. He was instrumental in establishing the Asian American Studies program and taught its first course in 1969. He received his MA from the University of Chicago and his PhD from UC Berkeley. His research interests include Chinese American and Chinese diaspora studies, and he helped found the International Society for the Study of Chinese Overseas. As a civil rights activist and ethnologist, Professor Wang has been at the forefront of almost every major civil rights struggle of the Asian American community. He worked in language education rights advocacy for more than four decades, advocating for language immersion programs, and the inclusion of Asian languages by the Educational Testing Services. He served as a chief strategist in the struggle for bilingual education that eventually led to the 1974 Supreme Court Lau vs. Nichols Decision, which greatly enhanced educational opportunities for all immigrants. He also played a key role as strategist and advisor to the family of Taiwanese American scientist Wen Ho Lee in getting Dr. Lee released and exonerated from the espionage charge. Most recently, Professor Wang spearheaded a campaign that led to the building of a San Francisco community college branch in San Francisco Chinatown, where Chinatown restaurant and garment workers can take ESL classes in and near the communities where they work and live. On campus, Professor Wang helped create the Ethnic Studies graduate program and UC Berkeley’s American Cultures requirement. He is also the recipient of the Lifetime Achievement Award from the Association of Asian American Studies. This endowment honors his innumerable contributions to campus, the fields of Asian American Studies and Chinese diaspora studies, and the Asian American community.