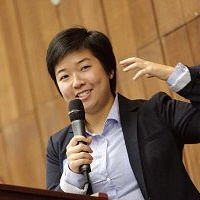 Though the political identity of Asian American Studies is centered in Asian communities in the U.S., its pedagogical approaches and corresponding research agenda have always been attentive to the transnational connections between Asia and the U.S., and to the connections among the various Asian communities in diaspora. This intellectual mapping became even more defined after the resettlement of the Southeast Asian refugee communities and subsequent growth in size and complexity of Asian American communities, which encouraged an interrogation of the prevailing theoretical and conceptual assumptions in Asian American Studies and an expansion of the analytic preoccupation beyond labor migration.

These new realities are reflected in changing student demographics. Currently, fully one quarter of UC Berkeley students are foreign-born. Over 40% have one or two foreign-born parents, and more than 70 languages other than English are spoken in their homes. For them, Asian America is neither distinct nor separate but two parts of an intertwining whole. Now more than ever, Asian American histories, communities and experiences cannot be understood without consideration of developments in Asia and the US, and between Asia and the U.S.

Asian American and Asian Diaspora Studies is a programmatic and curricular response to their intellectual needs. The addition of this new strand reflects Asian American Studies’ commitment to balancing community-based, domestic American concerns and translocal issues of concern to Asian American communities that include the multiple and multifaceted transnational connections among diasporic Asian communities and between the diaspora and Asia. It also makes more explicit an articulation of themes in Asian American Studies that have been present since the inception of the field but have become increasingly visible in recent decades as a result of forces of globalization. It also reflects the teaching and research interests of the faculty and the multi-disciplinarity and intellectual convergence that inform their scholarship.