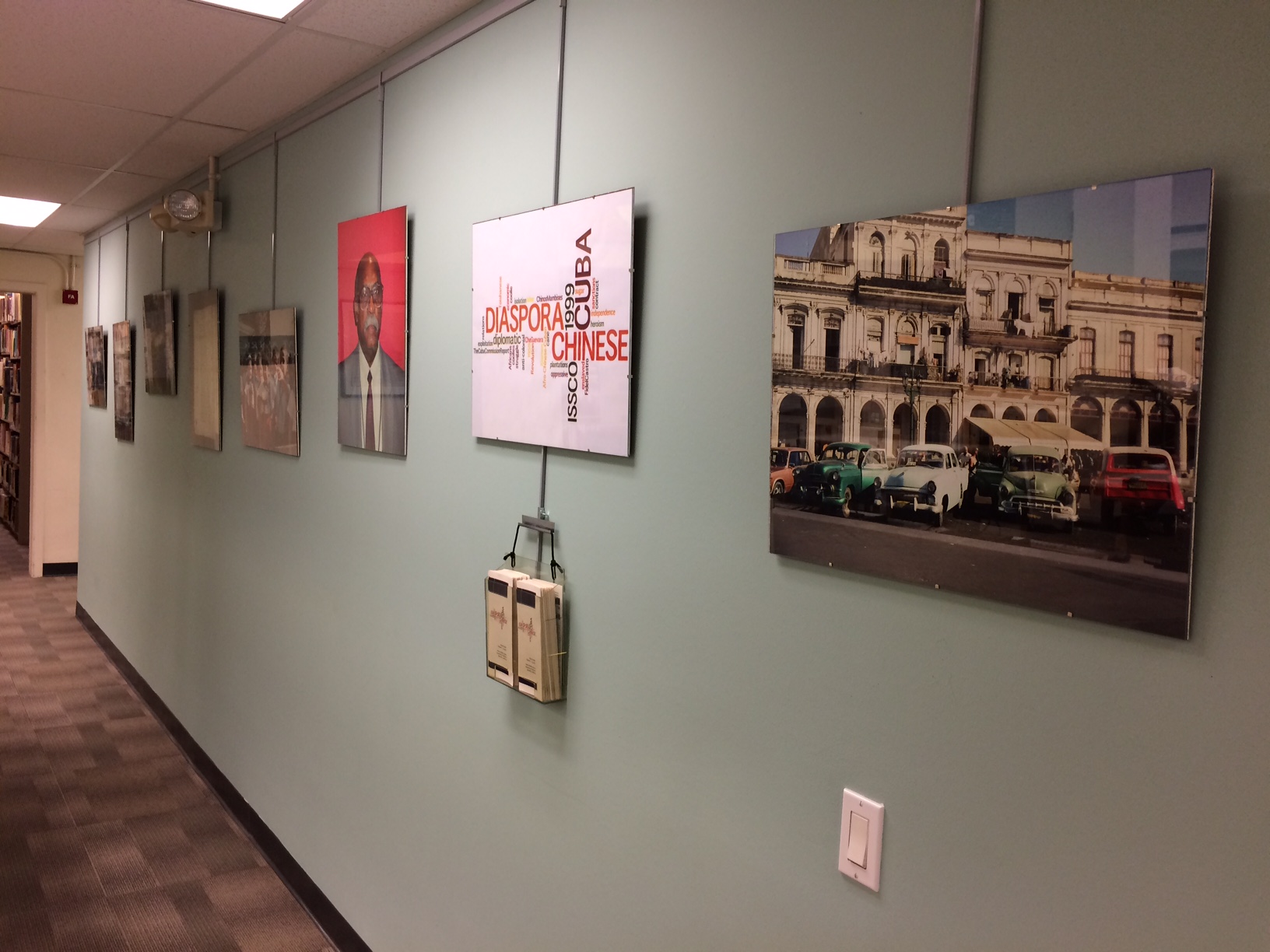 Come visit the Chinese Diaspora in Cuba Photo Exhibit, which is on display this October in the Ethnic Studies Library. Photographed and curated by Marilyn Wong, the exhibit features photos that shed light on Chinese labor migration and presence in Cuba.

“With the United States and Cuba moving towards the normalization of relations for the first time in more than fifty years, this exhibit examines an often unknown part of Cuban history: the Chinese diaspora in Cuba. This series of photographs by Marilyn Wong was taken in Havana and Cienfuegos, Cuba, in December of 1999 during a conference hosted by the International Society for the Study of Chinese Overseas. Professor Emeritus Ling-chi Wang was the co-chair and Professor Lok Siu was a presenter at the conference.

Throughout the late nineteenth century, hundreds of thousands of Chinese contract laborers (called “coolies”) migrated to work alongside or replace enslaved Africans on Cuban sugar cane plantations. These photographs illuminate that history and portray how these migrants and their descendants became woven into the fabric of Cuban society and history — by building multiracial families, resisting oppressive working conditions and fighting alongside anti-colonial forces in the wars for Cuban independence from Spain, and establishing one of the oldest and largest Chinatowns in Latin America in Havana. Visit the exhibit to learn more about the history and legacy of los chinos de Cuba.”